Cathedrals and Churches of West and South Yorkshire

This new cathedral and church tour is the 12th such tour to be designed and led by architectural expert, Mike Hope, in a series that will eventually incorporate every cathedral in England. This latest incarnation takes us to South and West Yorkshire, whose ecclesiastical heritage dates back a millennium, but whose history was shaped by the region’s industrial and urban development in the 19th and 20th centuries. From cathedrals in Wakefield, Bradford and Sheffield to churches and minsters throughout the county and an atmospheric abbey ruin, this is a tour full of architectural and historical interest and variety, with work by Sir George Gilbert Scott and Pugin amongst many other prominent architects.

Day 1: Arrive independently at the Hilton Leeds City from 15.00.
This evening there will be a welcome reception, private dinner with wine and an illustrated talk by Mike Hope – ‘ ‘Restoration, Rebuilding and the New Builds: The Impact of the 19th and 20th Centuries on Yorkshire Cathedrals and Churches.’

Day 2: Wakefield Cathedral, Bradford Cathedral, Halifax Minster and All Souls Church, Haley Hill.
Our first visit of the day is to Wakefield, perhaps best known as the birthplace of sculptor, Barbara Hepworth, but also home to its impressive Grade-1 Listed Cathderal. Originally the parish church, it has Anglo Saxon origins and after enlargement and rebuilding has the tallest spire – at 75m - in Yorkshire. Heading the short distance west to Bradford, our next visit is to another Grade-1 Listed building, its Cathedral, also known as the Cathedral Church of St Peter. Dating back to the 8th century, the oldest parts of the cathedral now standing were completed in 1458, with modern extensions in the 1950s and 1960s. Then we’re off to Halifax Minster, which stands on the site of an earlier Norman church and was built during the 15th and 16th centuries. Notable features include its organ, built by John Snetzler in 1763, a medieval font cover, Jacobean box pews, and the tombstone of 19th-century diarist Anne Lister. Our last visit of a packed and fascinating day takes us to All Souls Church, Halifax. It was commissioned and paid for by the local industrialist Edward Akroyd in 1856, who appointed Sir George Gilbert Scott as architect. It was intended to be the centrepiece of the model village of Akroydon and Scott also designed Akroyd's own house and garden, the vicarage and houses for his employees.  There is a statue of Akroyd, in its own lawned enclosure, immediately adjacent to the church. The church was completed in 1859 and Scott considered it to be his finest church.  Dinner at the hotel.

Day 3: Leeds Roman Catholic Cathedral, Leeds Minster, Kirkstall Abbey and St Wilfreds’, Halton.
A day in and around our base city of Leeds today, as we head first to the Roman Catholic Cathedral of Leeds, commonly known as Saint Anne's Cathedral. The original cathedral was located in St Anne's Church in 1878, but that building was demolished around 1900 and the current cathedral building on Cookridge Street completed in 1904. The reredos of the old cathedral's high altar was designed by Pugin in 1842 and moved to the lady chapel of the new cathedral. Next, to Leeds Minster, or the Minster and Parish Church of Saint Peter-at-Leeds, built in the Gothic Revival style by Robert Dennis Chantrell and completed in 1841 and designated a Grade I listed building by English Heritage. Two fascinating buildings of greatly contrasting styles complete our exploration of Leeds’ ecclesiastical architecture this afternoon, firstly to Kirkstall Abbey a ruined Cistercian monastery in the Kirkstall area, close to Headingley, founded in 1152. The picturesque ruins have been drawn and painted by artists such as J. M. W. Turner, Thomas Girtin and John Sell Cotman. And finally to a 1930’s marvel, St Wilfrid's Church, Halton, which was designed by Albert Randall Wells and built between 1937 and 1939, situated in the 1930s suburb of Halton.  It bridges the gap between the Arts & Crafts style and modernism, with Early English gothic inspired details, such as the triangular-headed windows. It still has many of the original fittings designed by Wells, as well as contemporary art by Eric Gill. This evening there will be an illustrated talk by Mike Hope – ‘Yorkshire Monasteries the Dissolution and the fate of their sites’ and dinner in the hotel restaurant.

Day 4: St Marie’s Roman Catholic Cathedral and Sheffield Cathedral, Rotherham Minster and Doncaster Minster.
Our last day commences with the Cathedral Church of St Marie, Sheffield’s Roman Catholic Cathedral. It lies in a slightly hidden location, just off Fargate shopping street, but signals its presence with a tall spire and is an especially fine example of an English Roman Catholic Cathedral, with much fine interior decoration. We then change religion as we head the short distance to the Cathedral Church of St Peter and St Paul, Sheffield, more commonly known as Sheffield Cathedral,  one of just five Grade I listed buildings in the city. Construction of the earliest section of the cathedral dates back to about 1200, with the newest construction completed in 1966; the resultant building is an unusual mixture of medieval and modern architecture. Our penultimate visit is to the Minster Church of All Saints or Rotherham Minster, a prominent example of Perpendicular Gothic architecture and rated highly by architectural historians, such as Nikolaus Pevsner, who described it as "one of the largest and stateliest churches in Yorkshire”. Finally to Doncaster Minster, formally the Minster and Parish Church of St George, a grade I listed building, designed by architect Sir George Gilbert Scott and built in 1854–1858. It has a Schulze organ, a ring of eight bells, and a celebrated clock by Dent, the celebrated 19th century clockmakers, who made the clock for Big Ben. Return to the hotel for approximately 17.30.

NB: Exact order of itinerary may vary according to local conditions and tour manager's discretion

Hilton Leeds City Hotel
The four-star Hilton Leeds City Hotel is located in the vibrant heart of the city. The hotel is modern and contemporary, following an extensive refurbishment at the end of 2012. The hotel has a fitness room, sauna, steam room and indoor heated swimming pool. Guest rooms are bright and airy and all have TV, hairdryer and telephone.

Car parking is available at the hotel costing £15 per night, payable directly to the hotel.

YOUR LECTURER
Mike Hope
Mike Hope author, lecturer, curator and designer, has spent more than twenty-five years at four universities (Staffordshire, Portsmouth, Nottingham Trent and Plymouth) and nearly thirty years delivering Summer School Programmes. He has lectured around the world and was a founder board member of The European Academy of Design. Alongside an extensive publication list, he has researched, designed and curated many exhibitions, and advised on stained glass to the Diocese of Exeter. He specialises in Art and Design History, Stained Glass; Churches and Cathedrals; the English Country House and Garden

We love to receive feedback from our customers. Their views help us to keep improving the ours we offer. If you have been on this tour and would like to submit a review, please log in to our client area here and fill in the short form.

Arts and Crafts Houses and Gardens

Gardens of the Cotswolds 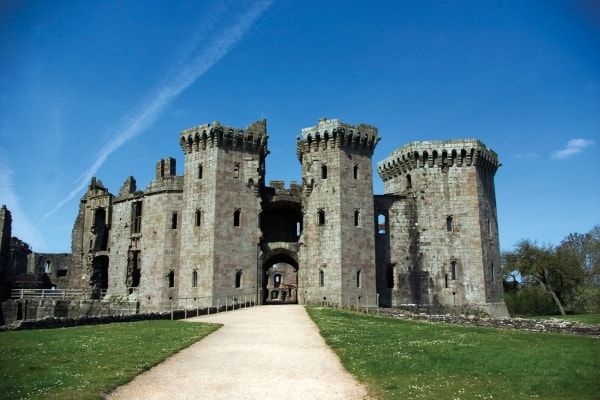