When people think of psychology and Vienna, they usually think of Sigmund Freud. But psychological research had taken place in Vienna for two centuries before Freud. He was the beneficiary of a long tradition which included the extraordinary 18th century sculptor Franz Xaver Messerschmidt and Franz Mesmer, who gave his name to ‘mesmerism’. This tour will focus on the psychological life of Vienna, leading up to Freud, and the many fascinating traces it has left in the art and architecture of the city. Highlights to be visited range from 18th century medical institutions and collections, and sanatoriums designed by members of the Wiener Werkstätte (‘Vienna Workshops’), to the pioneering artworks of Gustav Klimt, Egon Schiele and Oskar Kokoschka. This unique group of artists capitalised on Freud’s liberation of libido from the dungeon of the unconscious mind, producing artworks that continue to challenge preconceptions about propriety to this day.

Day 1: Fly to Vienna, dinner and lecture.
Fly from London Heathrow to Vienna and transfer on arrival to hotel for four-night stay. Evening welcome drink followed by lecture from Andrew Spira - ‘The Mesmerising Origins of Psychology in pre-Freud Vienna’ - and dinner with wine at the hotel.

Day 2: Museums of Globes, Esperanto, Naturhistorisches (National History) and Kunsthistorisches (Art History) Museums.
A full day in Vienna today, exploring four museums with Freudian connections in the company of Andrew, who will put into context Freud’s vision and influence beyond psychotherapy. The Museums of Globes and Esperanto are both housed in the beautiful Baroque Palais Mollard-Clary. The Globe Museum houses a fascinating and beautiful collection of globes, including the magnificent Gold Cabinet room. The Museum of Esperanto looks at the fascinating world of language invention and the history of Esperanto, from the publication of the first textbook in 1887, to its rapid distribution before the First World War and the persecution during National Socialism, to language practice in the present. After time for lunch (not included) we head to the world class Naturhistorisches (National History) and Kunsthistorisches (Art History) Museums, to see how Freud’s work influenced and was influenced by science and the arts. Evening talk from Andrew – ‘Freud’s Crucible: art and anxiety in fin-de-siecle Vienna’ and dinner with wine at the hotel.

Day 3: Josephinum, Narrenturm, Freud’s Apartment, St Stephen’s Cathedral and Austrian National Library.
A packed day today as we head first to Josephinum (pending reopening on schedule in 2022) or the Josephinian Military Academy of Surgery as it is more properly known, founded in 174 by Emperor Joseph II and now an esteemed Medical Museum. Next on the agenda is the Narrenturm (Fools‘ Tower), Europe’s oldest building for the housing of psychiatric patients, founded in 1784 and now home to the Federal Pathologic-Anatomical Museum Vienna, where a guided tour will lluminate its history. Then to Berggasse 19, Wien IX, the address where Sigmund Freud lived for 47 years before he had to flee the Nazis in 1938. Since 1971 it has been home to the Sigmund Freud Museum and offers an illuminating insight into his life, work and times. We continue for a brief visit to Vienna’s most prominent landmark with its dazzling coloured-tiled roof, St Stephens Cathedral, without which no visit to Vienna is complete. Our final visit of the day is to the Austrian National Library for a guided tour – the library is located in the Neue Burg Wing of the Hofburg Palace in centre of Vienna, the official residence and workplace of the President of Austria.

Day 4: Schloss Upper Belvedere, Leopold Museum and Vienna Secession Building.
Another busy day in store starting with the impressive Upper Palace at the Belvedere and its impressive art collection, including a number of Viennese Secession works, most notably Klimt’s The Kiss. Freud had a profound effect on many artists, including Dali, who he met in London in 1938 and whose idol was Freud. Next, we head to the Leopold Museum’s collection, which includes key Secession works from Freud’s time in the city. We continue onto our last visit of the day to the Viennese Secession Building which tells the story of Vienna’s illustrious brush with Art Nouveau, known in Vienna as Secession, an art, design and architecture movement of the early 20th century with far-reaching influence.

Day 5: Kirche am Steinhof, Purkersdorf Sanatorium, Klosterneuberg Monastery, Arnold Schonberg Centre and return flight to Heathrow.
Our final day begins at Wagner’s Am Steinhof Church, which has been described as "A triumph of architecture as a total work of art“ before continuing onto the Purkersdorf Sanatorium for a short external visit. Built in 1904 by the architect Josef Hoffmann for the industrialist Victor Zuckerkandl, the Sanatorium is a prime architectural example of the Viennese Secession. It became more of a hotel than hospital and turned into a social and artistic venue of Viennese society, as well as treating mental illnesses, particularly amongst the upper classes. Next, we visit the Klosterneuburg Monastery and Abbey, dating back to the 12th century for a guided tour and will finish our time in Vienna at the Arnold Schonberg Centre, which looks at the life and work of Freud’s Viennese contemporary – a composer, painter, teacher, theoretician and innovator. Transfer to the airport for the return flight to London Heathrow.

NB: Exact order of itinerary may vary according to local conditions and tour manager's discretion.

Located near to the Stadtpark and MAK Museum, the four-star Mercure Grandhotel Biedermeier is housed in an authentically styled old Vienna arcade and provides a warm welcome. Hotel facilities include a restaurant, bar, lounge, sauna, fitness room, whilst rooms are very comfortable with all modern amenities.

Andrew Spira - graduated from the Courtauld Institute of Art before completing a MA degree in Museum and Gallery Management at City University, London. He worked at the Temple Gallery, London (specialist in Byzantine and Russian icons), and as a curator at the Victoria and Albert Museum where he specialised in 18th century British Art and Design, and Metalwork. He also specialises in Russian art, publishing ‘The Avant-Garde Icon: Russian Avant-Garde Art and the Icon Painting Tradition’ in 2008 (Lund Humphries). For 20 years he has been taking tours to cultural sites in western Europe, Russia, Armenia and Georgia. He was Programme Director at Christie’s Education for 10 years before going part-time to focus on his current research project - on personal identity and the way it is reflected in the material culture of western Europe from the Middle Ages to the present day. 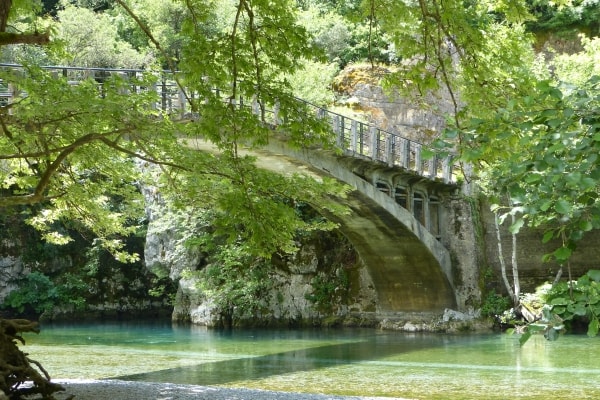 Valencia - Art Nouveau to the City of Science Escorted Tour