Girona has for at least two thousand years been at the centre of a vibrant mix of culture and trade. As a result it has a wealth of spectacular architectural and artistic treasures. Alongside the Roman and Carolingian remains, there is much evidence of Romanesque and Gothic architecture reflecting its medieval importance. This includes the Cathedral, a basilica and numerous churches. Much also remains of what was one of Spain’s largest and most important Jewish quarters as well as 12th century Arab baths. There is also evidence of the Renaissance period and much from the Baroque period. Girona is the home of Noucentisme, an early twentieth century response to that other Catalan style Modernisme, whose primary exponent was Rafael Maso, whose house we visit. Add in a wealth of modern twentieth century architecture and the result is a vibrant and visually dynamic city. This tour is a perfect complement to our Valencia tour, also led by Mike Hope, which has operated to universal acclaim for several years.

Day 1: Fly from London Heathrow to Barcelona and afternoon orientation tour and visit to the Museum of History of Girona.
On arrival transfer to hotel for check-in. Late afternoon orientation walk of the main sights including the Museu d’Historia de Girona, which gives an excellent overview of the city’s vast and lengthy history. Welcome reception, lecture, – ‘An Architectural and Art History of Girona’ ‘and dinner with wine at the hotel.

Day 2: Guided walking tour including the Cathedral, Museum of Art, Arab Baths and Museum of Archaeology.
A packed day of exploring reveals some of the city’s most outstanding treasures. A guided walking tour starting at the Placa de Caatalunya just below the Cathedral will put the city into the context of Spanish and Catalan history.  Key sights include its impressive Cathedral (well known to Game of Thrones afficionados) where entrance is included as well as the Basilica of San Feliu and Treasury, Episcopal Museum of Art, ancient Arab Baths and Museum of Archaeology. Evening talk ‘Rafael Maso and the Development of Noucentisme’ and dinner at the hotel.

Day 3: Gran Via, El Mercadel and Parc de la Devesa.
A second guided walking tour will show a different area of the city around the Gran Via and El Mercadel area of the city. In this “Eixample” area of he city developed in the late 19th and early 20th centuries a la nearby Barcelona, we will look in detail at one of Mike’s favourite buildings - La Farinera.  It is one of Girona's most representative Modernista buildings, commissioned by industrialist Alfons Teixidor from architect Rafael Masó, which required it to include: the family home, a suite of offices, and industrial warehouses to be used as a flourmill and for storage. The purpose of the building can be seen from the outside, thanks to its white roof and dome: “I want it to really be the house of flour,' said Masó. The building, which has influences ranging from Gaudí and Charles Rennie Mackintosh to the Vienna Secession, is currently the headquarters of Catalan newspaper El Punt Avui.  After time for lunch (not included) we walk along the Onyar River to the glorious green spaces of the Parc de la Devesa. Evening free to explore one of Girona’s many restaurants. The city is home to the Michelin 3-star Can Roca, voted the 2nd best restaurant in the world in 2018 (though very expensive and difficult to get a table), though there are a host of other superb restaurants catering to all tastes and budgets.

Day 4:  Casa Maso and flight home from Barcelona.
Masó House is the birthplace of Rafael Masó i Valentí (1880–1935) and is also one of the most important works of architecture in Girona. Offering unparalleled views of the city, it is the only one of the famous houses on the Onyar River open to the public. The house has been preserved with the furniture and decoration in Noucentisme style of architecture that was pioneered in Catalonia in the early 20th century. After time for lunch (not included) and some free time to explore the city, we transfer to Barcelona for return flight to London Heathrow.

IMPORTANT NOTE:  All visits in Girona are conducted on foot – there is a considerable amount of walking on this tour.

Modern four-star hotel located clsoe to the Devesa Park about 20 minutes walk from the old town of Girona. Facilities here include bar, restaurant and very comfortable bedrooms with all modern amenities.

Mike Hope
Mike Hope author, lecturer, curator and designer, has spent more than twenty-five years at four universities (Staffordshire, Portsmouth, Nottingham Trent and Plymouth) and nearly thirty years delivering Summer School Programmes. He has lectured around the world and was a founder board member of The European Academy of Design. Alongside an extensive publication list, he has researched, designed and curated many exhibitions, and advised on stained glass to the Diocese of Exeter. He specialises in Art and Design History, Stained Glass; Churches and Cathedrals; the English Country House and Garden

An Autumn Adventure In Northern Greece 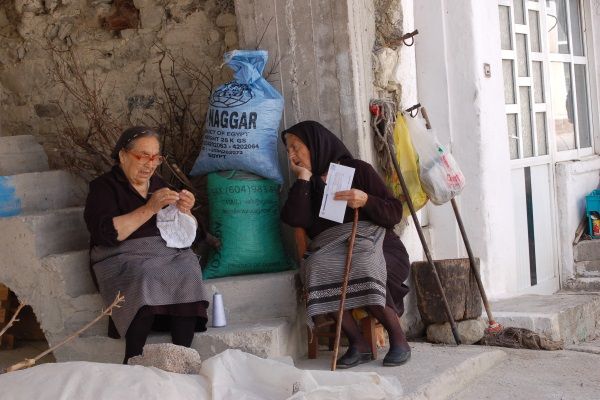 Living With The Greeks Escorted Tour

Delphi to Macedonia - An Historic Journey