Highlights Of The Peloponnese

A relaxed tour that leisurely takes in some of the most iconic sites of Greece. Beginning in seaside Kalamata provides the opportunity to visit two wonderful sites, Ancient Olympia and Ancient Messene, both equally impressive with a history dating back to the 8th and 4th centuries BC respectively. Our second base at seaside Nafplio, the first capital of modern Greece, offers a more recent history and a wonderfully scenic location from where we can explore a choice of equally impressive sites as well as a leisurely boat trip to the beautiful island of Hydra.

Day 1: Fly from London Heathrow to Kalamata.
Transfer and check-in to the four-star Pharae Hotel, situated on Kalamata’s long seafront, for a three-night stay.

Day 2: Ancient Olympia.
Our first visit takes us to one of the most iconic sites of Greece’s vast history, Ancient Olympia, home of the very first Olympic games.  Founded in the 8th century B.C., the extensive remains at Olympia include athletic training areas, stadium and remains of what must have been very impressive temples. Our visit here includes its excellent museum that houses some exceptional finds from the site.

Day 3: Ancient Messene.
This equally impressive site situated in the hills a short drive from Kalamata is a joy to visit, both because of its impressive remains but also because it is a relatively quiet site with few visitors. Messene was founded in the 4th century BC. and is noted for its outstanding walls erected in the 3rd century BC, and its massive Arcadian gate. The ruins of temples, houses, walls and public buildings are in excellent condition and the stadium and ancient theatre are highlights. Return to Kalamata in the early afternoon.

Day 4: Transfer Kalamata to Nafplio.
Leaving Kalamata behind we head to the historic seaside town of Nafplio, the first capital of modern Greece. This attractive town offers beauty, culture, history and tradition and, as it deserves to be explored on foot, we will enjoy a short-guided walking tour of the town exploring its interesting alleyways and historical monuments. The rest of the day will be at leisure.

Day 5: Corinth and Corinth canal.
Corinth was one of the major cities of antiquity. It was made up of three parts; the acropolis on the hill (Acro-Corinth), the city itself on a lower plateau, and its port (Lechaion) on the coast. All this was protected by a wall which ran for over 12 miles. We will visit the well-preserved site of Ancient Corinth where extended excavations have brought to light the Roman Forum, temples, fountains, porticoes, baths, latrines and various other monuments. Today will also include a short cruise through the historic Corinth Canal, which joins the Saronic gulf with the Gulf of Corinth. A construction that was envisaged as far back as 600BC but one that was not completed until the 19th century and still impressive for its time.

Day 6: Hydra and Ermioni.
We transfer to Ermioni with our bus and enjoy a short boat trip that will take us to the picturesque island of Hydra. The entire island is an historical gem, its picturesque capital and waterfront a real architectural beauty. There will be free time here to explore at leisure and enjoy lunch at one of the many inviting tavernas.

Day 7: Mycenae.
Todays’ visit explores the world of the Mycenaeans, who dominated the eastern Mediterranean region 15th to the 12th century B.C. and who played a vital role in the development of classical Greek culture. The ancient citadel of Mycenae with its imposing position on the top of a hill was one of the most powerful City-states of this era.  The excavated ruins that sculpt the top of the rocky hill protected the ‘royal’ families within its famous Cyclopean walls. We will walk through its impressive ‘lion gate’ to explore these timeless ruins and learn more about this ancient civilisation.
Afternoon at leisure.

The four-star Pharae Hotel has a seafront position, which ensures all rooms of sea views but also provides easy access for enjoying the good choice of nearby local tavernas and also the seafront promenade.  Facilities at the hotel include the Loft Lounge Restaurant with views to the Messinian Gulf, and a Terrace bar.

Set in a 19th-century neoclassical building, this comfortable, stylish and well-located four-star boutique style hotel has an central position in a quiet street just behind the town’s seafront promenade. 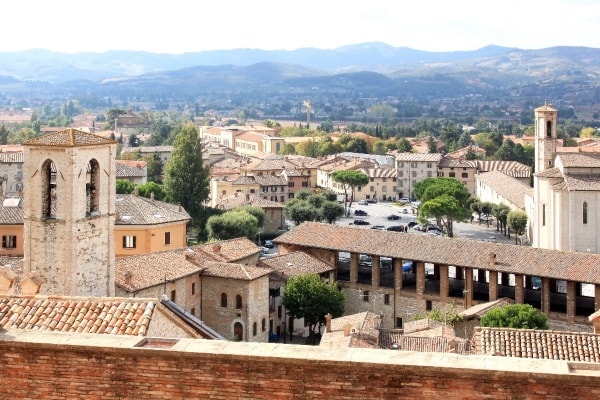