Further to the huge success of our Dordogne Rock Art tour, we constructed a new tour to look at the incomparable cave and rock art of Northern Spain, which boasts some of the finest cave painting in the world. This tour was one of the last to operate before the pandemic hit with rave reviews from clients fascinated by the knowledge and enthusiasm for his subject shown by our expert, David Saunders. The tour travels along Spain’s stunning northern coastline in the regions of Cantabria and Asturias, visiting some world-renowned sites such as Altamira, which was declared a World Heritage Site by UNESCO in 1985 and has been described as the ‘Sistine Chapel of Palaeolithic art.’  It was the first cave in the world where a Palaeolithic origin of cave paintings was discovered and remains an important insight into the lives and times of our distant ancestors.

Day 1:  Fly from London Gatwick (21st March 2022 departure from London Heathrow) to Bilbao and transfer by coach to Santander (approx. one hour) for check-in to the hotel for a three-night stay.
On arrival at the hotel, a small selection of tapas plates will be available for you to enjoy.

Day 2: Museum of Prehistory, Santander and Altamira replica caves
The scene is set this morning for this fascinating tour as we visit the Museum of Prehistory and Archaeology of Cantabria in Santander. This comprehensive museum has one of the world’s finest collections of Palaeolithic portable art. Time free for lunch (not included) in the lovely seaside town before heading west to Altamira. Declared a World Heritage Site by UNESCO in 1985, Altamira has been described as Spain’s ‘Sistine Chapel of Palaeolithic art’, and was the first cave in the world where a Palaeolithic origin of cave paintings was discovered. It contains paintings dated as old as 35,600 years, including the famous poly-chrome bison which are from about 14,500 years ago. Here we will visit the replica cave and museum. Evening welcome drink, lecture “Climate change and the prehistoric artists” and dinner with wine at the hotel.

Day 3: El Castillo, Las Monedas and El Pendo Cave
The El Castillo mountain Palaeolithic cave complex is one of the most important sites in the world for both Palaeolithic art and archaeology. The 3,000 figures span approximately 30,000 years dating back as far as 40,800 years ago. These figures include hands, animals, symbols and anthropomorphic figures. The cave, which is decorated entirely from one end to the other includes painting, engraving and rare sculptures, covers about 275 square metres and contains some 225 animal figures including animals such as horses, bison, stags, goats and mammoths, and about 50 references to human figures. The nearby Las Monedas cave takes its name from the 20 coins that were sealed in a cave by a missionary in the 16th century. The art (17 animal figures including reindeer, goats, bison, a bear and horses) is located quite close to the entrance and offers an example of late cave art dating from 13,000 to 10,000 BC. During this period, climate change led to a change in habitat and therefore a decline in cave art. In the afternoon we will head back towards Santander to visit the El Pendo cave, discovered in 1878 by Marcelino Sanz de Sautuola (who also discovered the Altamira cave paintings). Research into the cave highlights Neanderthal and Homo sapiens behaviour from a stratigraphic and archaeological sequence that started around 82,000 BC and lasted until 1,500 BC, offering an insight into the different social activities of the various periods. In 1997 a 25m long frieze painting, estimated to date back to 20,000 BC, was discovered, which contains 20 figures in red including 12 hind and a goat. Lecture from David “Can signs show us the way?” and dinner with wine at the hotel in Santander.

Day 4: El Pindal and Cave of Tito Bustillo
We bid adios to Santander as we head west along the coast to the El Pindal Cave, which is located right on the sea with the entrance just a few metres above the water. The interior of the cave holds a wide array of painted symbols, several bison, horses, a deer and a mammoth figure. The art is primarily attributed to the Magdalenian, the last culture of the Upper Paleolithic, although some of the art could be from older periods. This afternoon we visit one of the highlights of the tour as we visit the cave of Tito Bustillo. Walking past impressive stalagmites and stalactites, the cave of Tito Bustillo includes the finest cave art, featuring the striking use of rare purple pigment. Though only one room is open to the public, it boasts a large number of representations of 30 deer, 13 horses, nine reindeers, five goats, four bison and a wide variety of artistic techniques and styles. It is one of the best examples of Palaeolithic cave art in Asturias and one of the most complete sites on the whole of Spain’s northern coast. Continue to Oviedo and check-in to the Astures Hotel for overnight stay.

Day 5: Parque de la Prehistoria de Teverga and to Bilbao
This morning we finish our pre-historic journey at the Parque de la Historia at Teverga, which offers an interesting overview of all the caves and activity of Paleolithic man in Northern Spain and beyond. Time for lunch (not included) in the enchanting seaside town of Ribadesella, with a lively old seaport full of tapas bars, nestled between a clifftop church. We continue to Bilbao to check in for overnight stay. Renowned for its amazing Guggenheim Museum (entrance not included), a masterpiece of modern architecture in stark contrast to the caves visited on this tour, Bilbao has enjoyed a renaissance since the museum opened in 1997 with a wealth of superb, modern architecture sitting comfortably alongside its atmospheric old town. A free evening here will allow you to sample some of the famous “pinxtos”, distinctive local tapas served in the atmospheric bars that throng the old town.

Day 6: Free time in Bilbao (flight time permitting) and transfer to Bilbao Airport for the return flight to London Gatwick.

Please note the maximum group size on this tour is 18 passengers.

This stylish, modern four-star hotel is located on the seafront next to the beach of El Sardinero. Facilities include bar, ‘Marea Alta’ restaurant and very comfortable bedrooms with all modern amenities.

The modern, four-star Gran Hotel Regente is located in the heart of Oviedo, close to a host of restaurants, cafes and bars. Facilities at this modest but comfortable hotel include a bar and well-appointed bedrooms with all modern amenities.

Opened in 2021 the four-star Hotel Catalonia Gran Via Bilbao is located in the centre of the city opposite Dona Casilda Park and very close to the Guggenheim Museum plus in a great location for a wide range of local bars and restaurants. The hotel offers an indoor and outdoor swimming pool and terrace, urban garden, wellness and spa and gastrobar. Bedrooms are comfortable with all modern amenities including TV, telephone, wifi and a hairdryer.

Your Lecturer - David Saunders
Studying for his PhD in Archaeology, David has an interest in all areas prehistoric. He undertakes archaeological excavations at Stonehenge and Marden Henge and has lectured throughout the UK. He has just published a book on animal movement across the Stonehenge landscape, “The Cursus Enigma.”  He has led several tours for Travel Editions in recent years which have been extremely well received.

The tour gave us exactly what we had wanted (despite the threat of coronavirus hanging over the final days). Both the tour guide and the specialist guide were excellent, and the small group all with a specialist interest created a more friendly atmosphere than some larger group tours. The only small negative was the hotel in Oviedo where few of the staff spoke any English and the food in the hotel café was no more than just about edible. The hotels in Santander and Bilbao were both excellent, and the welcoming tapas lunch in Santander was one of the highlights of the tour (aside from the caves of course) and a great way to get to know people.

Review by Chapman who travelled 09-March-2020

Sandra and David were brilliant leaders. I praise them highly. The tour was a very enjoyable and educational experience. . Sandra, David and your office dealt very well with the emerging virus closure situation. .My only complaint was the inconveniently early booking in time for the outward flight But overall a very enjoyable holiday indeed.

Review by anonymous who travelled 09-March-2020

Sandra with her local knowledge was a great asset, but she did sometimes forget the need for spelling out logistics. For example when we arrived at Bilbao airport there was no-one to meet us (Sandra was on the plane). To be told where the groups assembly point was would have been a help. The group self identified to each other and it wasn't a great issue but someone less used to this kind of travel might have got rather anxious. This is a fairly minor complaint & we all appreciated Sandra very much

Review by anonymous who travelled 09-March-2020

Delphi to Macedonia - An Historic Journey 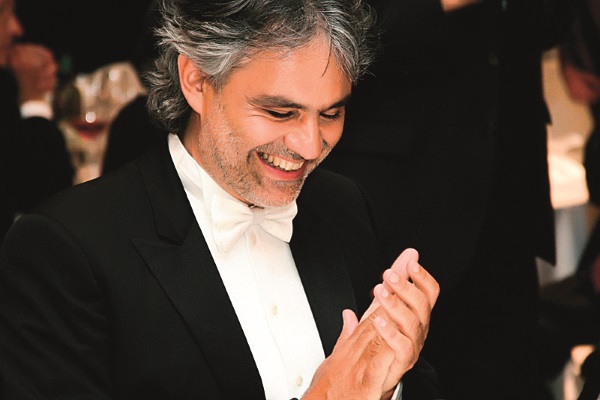