Swedish Art And Design with the Arts Society of Greater London

All tours on this holiday have now departed. Future departure dates will be confirmed in due course.

This unique two-centre tour will first take you to the beautiful capital city of Stockholm. Amazingly rich in cultural assets this city has one of Europe’s most enchanting, immaculately preserved historic centres with cobbled streets and gabled buildings together with world class museums and galleries. Travelling north and based in Falun you will travel to the small town of Sunborn and visit Carl Larsson-gården, the house of famous painter Carl Larsson. Nestled against the northern shores of Lake Siljan a visit is included to the Zorn Museum in Mora which proudly exhibits the world’s largest collection of works by the renowned artist Anders Zorn.

Day 1: Departing from London Heathrow Airport on a British Airways flight to Stockholm.
Arrival Stockholm Airport and transfer to hotel and check in for two nights. This afternoon we will have a walking tour of the Old Town (Gamla Stam) of Stockholm where we will view the exterior of the Great Church, The House of Nobility and The Royal Palace. Great Sankt Nikolai Kyrka (Church of St. Nicholas), is the oldest church in the old town and an important example of Swedish Brick Gothic. Commissioned in the 17th century by the Swedish nobility, to whom it still belongs, The House of Nobility remains one of the most exquisite works of architecture in northern Europe. It is a corporation and a building, that maintains records and acts as an interest group on behalf of the Swedish nobility. Largely built during the 18th century in the Italian Baroque style The Royal Palace is the official residence of His Majesty the King of Sweden with over 300 rooms. Highlights include the Rikssalen (the Hall of State) with Queen Kristina’s silver throne, and Ordenssalarna (Halls of the Orders of Chivalry). The Palace also contains Gustav III’s Museum of Antiquities, the Tre Kronor Museum, and the Treasury as well as coronation carriages and magnificent coaches from the Royal Stable. This evening we will enjoy a Welcome drink and a lecture by Anne Anderson followed by a three-course dinner at the hotel.

Day 2: Stockholm
Focused on Stockholm’s art and architecture today we will have a full day city tour with entrances included to Prince Eugene Waldemarsudde, the Thiel Gallery and the Nationalmuseum. Lunch at leisure (not included). Set in beautiful parkland and originally the home of Prince Eugen, the complex of PrinceEugen’s Waldemarsudde consists of a castlelike main building ‘the Mansion’ finished in 1905 and designed by the Swedish architect Ferdinand Boberg, and a Gallery Building, added in 1913. The estate also includes the original manor-house building, known as the Old House and an old linseed oil mill, both dating back to the 1780s. Prince Eugen was one of his generation’s foremost landscape painters and many of his best-known works, including Molnet (the Cloud) and Det gamla slottet (The Old Castle), are part of the collections at Waldemarsudde. The Thiel Gallery exhibits a unique collection of Nordic late 19th and early 20th century art. Painters such as Edvard Munch, Carl Larsson, Bruno Liljefors and Anders Zorn form the basis of Ernest Thiel’s collection. After five years of renovations and modernizations, the Nationalmuseum - Sweden’s premier museum of art and design, opened its doors again in 2018. The museum collection consists of about half a million drawings from the Middle Ages to 1900, a prominent 17th century collection of Rembrandt and other Dutch painters, and a collection of porcelain items, paintings, sculptures, and modern art as well. Return to the hotel and a three-course dinner at a local restaurant is included this evening.

Day 3: Sundborn, Falun
After breakfast we will check out of our hotel and depart north to Sundborn where we will enjoy a private guided tour at Carl Larssongården, an icon in Swedish home decoration and family life. Here Carl Larsson lived with his wife Karin and their children and on our tour we will learn about the world-famous artist couple, the art, the love and their noisy life. There will be free time for lunch (not included) before transferring to our hotel in Falun where we will check in for two nights. Early evening lecture by Anne Anderson followed by evening at leisure.

Day 4: Mora,
This morning we will travel to Mora where we will visit the Zorn Museum. One of Sweden’s most established and well-known art museums exhibiting the world’s largest collection of works by master artist Anders Zorn (1860–1920). Watercolours, oil paintings, sculptures, drawings, and etchings by the famous Swede are always on display, as well as parts of his vast art collections. Lunch at leisure (not included) before transferring back to our hotel. This evening we will have a three-course dinner at the hotel with wine included.

Day 5: Return home
After breakfast we will check out of our hotel and travel back to Stockholm. Lunch (not included) before transferring to Stockholm Airport for British Airways return flight to London Heathrow.

Ideally situated in the heart of Stockholm this hotel is the perfect base to explore the city. The hotel has a bar / lounge, restaurant, gym and free Wi-Fi. All rooms are comfortably furnished with en suite facilities, mini-fridge, safe, TV, tea/coffee making facilities, iron & ironing board and hairdryer.

Located in a quiet, central area of Falun this hotel has a restaurant, gym and free Wi-Fi throughout the entire hotel. All rooms are simply but comfortably furnished with en suite facilities.

The Normans in Sicily Escorted Tour 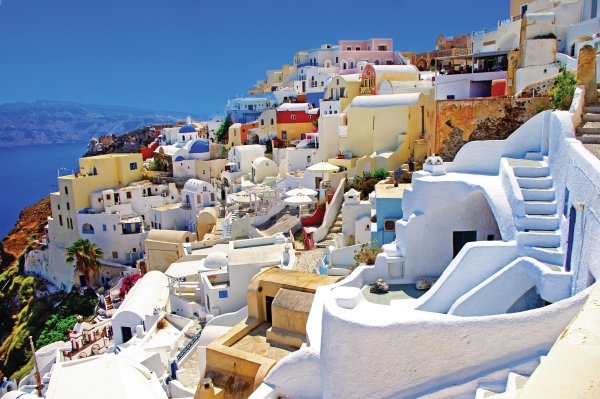