All tours on this holiday have now departed. Future departure dates will be confirmed in due course.

2020 marked the 75th anniversary of VE Day, when the defeated Nazis finally surrendered, bringing to an end one of the bloodiest conflicts the world has ever known. Regrettably our 75th anniversary tour had to be cancelled due to the Coronavirus crisis, so the tour has been postponed to May 2021, with an extra departure added to meet the demand. The tales of heroism and sacrifice from an extraordinary generation of men and women are numerous and you will hear many of them during this exclusive tour to Northern Europe. To make your trip even more special, you will be joined by two renowned historians in the shape of  Sir Antony Beevor, Simon Heffer. Simon will deliver a private talk and field your questions during an evening on the Princess Elizabeth, now a restaurant, but one of the boats that participated in the evacuation. Sir Antony will join the group in Arnhem for a talk, Q&A and signing of his book "The Second World War" at dinner. Michael How, meanwhile, will be with you throughout your trip to provide insight into the places you’re visiting and give an evening lecture. In addition to visiting Arnhem, you will tour Dunkirk beach and the Dunkirk War Museum as well as Hartenstein Airborne Museum and Ginkel Heath. Other highlights include a visit to Pegasus Bridge, which was one of the first targets in the small hours of Operation Overlord and trips to Sword and Omaha beaches, including a tour of the German defenses. You will see the 11th-century Chateau de Creully that served as Field Marshal Montgomery’s tactical headquarters during the summer of 1944 and you will have the opportunity to pay your respects to those that paid the ultimate sacrifice for our freedom during visits to the US military cemetery at Colleville, the Commonwealth War Cemetery in Bayeux and the Arnhem-Oosterbeek British Cemetery.

Day 1: Eurostar direct to Rotterdam and on to Arnhem for two-night stay.

Day 2: Arnhem.
You start the day with a visit to Ginkel Heath, which was the site of the main landings by the British 1st Airborne Division on September 17, 1944. Then it’s on to the excellent Hartenstein Airborne Museum. Situated in the building that was used as the headquarters for the British 1st Airborne Division, the museum offers a fascinating overview of Operation Market Garden. You will also focus on the evacuation of the British 1st Airborne Division across the Rhine. Of over 10,600 men in the Division, 2,071 would end up evacuated. You will also stop at the Lonsdale Church where many of those evacuated took shelter. Nearby is the famous house of Kate ter Horst. Used as a Regimental Aid Post to treat the wounded, it featured in the film A Bridge Too Far. Your VE Day tour will conclude at the Arnhem Oosterbeek British Cemetery. Return to the hotel for dinner and an evening talk from acclaimed historian Sir Antony Beevor with Q&A and opportunity to get your book signed.

Day 3: Arnhem to Ypres and on to Dunkirk.
Morning transfer to Ypres for brief visit to see the Menin Gate and on to Dunkirk  to visit the the poignant beach at Dunkirk where hundreds of civilian boats joined the 1940 evacuation of 198,000 British and 140,000 French and Belgian troops. You will learn more about this incredible story of valour at the excellent Dunkirk War Museum. Evening dinner on board the paddle steamer Princess Elizabeth, which helped evacuate 1,673 Allied soldiers in Operation Dynamo. Enjoy a welcome drink, wine and a talk and Q&A with Simon Heffer.

Day 4: VE Day. Dunkirk and to Caen.
Today, you will transfer Arromanches-les-Baines, where you will learn about the enormous Mulberry artificial harbour and pay a visit to the Musée du Débarquement, before continuing to Caen to check in to hotel for 2-night stay. Evening VE Day anniversary dinner at Le Mancel restaurant, located in the grounds of the Chateau de Caen, with talk from military guide and tour manager, Michael How.

Day 5: Comprehensive visit to many sites associated with 6 June 1944.
Today you will make visits to many of the places associated with June 6, 1944, better known as D-Day. This morning, you will head to Ranville and the scene of the British airborne attacks, Pegasus Bridge, and its museum. There you will learn of the glider mission to capture the bridge intact in the early hours of June 6, 1944, commanded by Major John Howard. You will move on to the ‘Hillman’ German position before seeing the Sword Beach landing site. After lunch, (included) you will journey to Bayeux to pay your respects at Bayeux War Cemetery, the largest British Cemetery on French territory. The German gun battery at Longues-sur-Mer is your next stop before you visit Omaha beach, where the US force was focused. You will follow that with the US military cemetary at Colleville-sur-mer before you return via General Montgomery’s headquarters at Creully.

Day 6: Transfer to Caen station for return rail travel to London by TGV and Eurostar via Paris.

Hotel Van Der Valk, Arnhem
Modern four-star hotel, located on the edge of Arnhem, well situated to visit the sites featured in the itinerary. Facilities at this well-run hotel include Hubertus basement bar, restaurant and comfortable bedrooms with all modern amenities.

Modern four-star hotel, located in the town centre close to the harbour and a few minutes from the Princess Elizabeth where we will enjoy dinner and a talk from Simon Heffer.  Facilities include a bar and comfortable bedrooms with all modern amenities.

Modern four-star hotel, well located in the city centre within walking distance of the main sights. Facilities here include a bar/lounge and very comfortable bedrooms with all modern amenities.

Your guide and guest speakers

Britain’s top-selling and most widely respected military historian, Sir Antony Beevor launched his latest book, Arnhem The Battle for the Bridges, 1944, in May last year. His previous books include Stalingrad, Berlin – The Downfall, D-Day – The Battle for Normandy and The Second World War, which were all international bestsellers. His books have appeared in 32 languages and have sold more than seven and a half million copies.

The Telegraph columnist will join you in Dunkirk for a special dinner, on board the paddle steamer Princess Elizabeth, which played a crucial role in evacuating Allied troops during Operation Dynamo. After dinner, Simon will give a talk and Q&A on the events and personalities that helped Britain to resist the Nazis during the nation's darkest hour. The Dunkirk evacuation played a pivotal role in the Allies' subsequent victory.

Your Host and Guide

Michael How is an experienced Battlefield Guide, a retired Metropolitan Police Officer Sergeant, who first visited the Old Western Front in the 1980's with colleagues. In the intervening years, he has organised and led many tour groups from across the globe, including Arnhem, Ypres, Somme, Dunkirk and Normandy. In June 2019 Michael was privileged to work alongside Dan Snow during the commemorations the 75th Anniversary of the D-Day landings, and his in depth military knowledge and awareness of the human sacrifice made, allows him to cover all aspects of warfare, enabling the visitor to gain a real understanding of the battle, it's causes and it' consequences.

Art And Culture In Madrid And Toledo 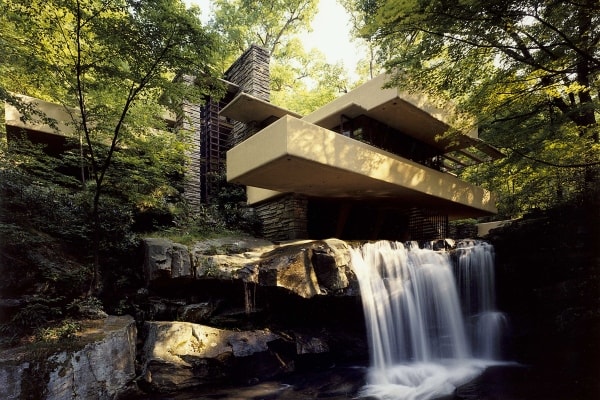