The discovery of the Anglo-Saxon burial site at Sutton Hoo, one of the greatest archaeological discoveries of all time, not only uncovered a wealth of fascinating artefacts but also gave us a glimpse into the lives and rituals of our ancestors. This tour explores both our Anglo-Saxon past and Suffolk’s more recent rich heritage, visiting quaint villages, old castles, and historic market towns with your guides, historian Mike Ingram and archaeologist Ben Robinson.

Day 1: Arrive independently at the Holiday Inn, Ipswich from 15.00
This evening there will be a welcome reception, private dinner with wine and a talk by Ben Robinson, ' A Journey into East Anglia’s Past.’

Day 2 Lavenham and Sutton Hoo
This morning we will explore charming Lavenham where we will have a guided walking tour. Lavenham is one of the finest surviving wool villages in England and we will learn more about its history with visits to St Peter's and Paul Church and the fascinating Guildhall. Free time for lunch (not included) before heading to Sutton Hoo, where in 1939 the famous burial ship with all its treasures was uncovered. The excellent visitor centre has informative displays and interpretation of the many finds. This evening there will be a talk by Mike Ingram, ‘The Dukes of Norfolk and Suffolk' and dinner in the hotel restaurant.

Day 3: Dunwich, Wenhaston, Blythburgh, Southwold and Framlingham
A varied day of visits starts with Dunwich, once an important port but was lost to the sea in dramatic fashion. We then continue to the ancient church of St Peter's at Wenhaston which has a remarkable doom painting that was saved for posterity in 1892 when it was left outside during a church restoration and the whitewash removed by overnight rain that revealed the treasures below - it was featured on David Dimbleby's TV series "A Picture of Britain”. Then to Blythburgh's impressive Holy Trinity Church and on to the picturesque seaside town of Southwold, renowned as the home of the famous Adnams brewery, where time will be allowed for lunch (not included) and a brief visit to its lovely church, St Edmunds. This afternoon we head to the pretty market town of Framlingham to see its Norman Castle, dating back to the 12th century. Return to the hotel for approximately 18.00.

NB: Exact order of itinerary may vary according to local conditions and tour manager's discretion

Modern three-star hotel on the outskirts of Ipswich, ideally located for the places visited on this tour, which offers a bar, restaurant, indoor pool, gym and comfortable bedrooms with all modern amenities.

Dr Ben Robinson is a British archaeologist and television presenter who currently works for Historic England. He has appeared as a contributor and presenter for Channel 4, ITV and the BBC.

Ben Robinson achieved his PhD at the University of York in 2008 while working for Peterborough City Council as the Historic Environment Manager. In 2009 Ben joined English Heritage as a Team Leader and Inspector of Ancient Monuments. Ben has worked for Historic England since the 2015 split of English Heritage as the Principal Adviser, Heritage at Risk for the East Midlands.

Ben first appeared on the Channel 4 programme Time Team in 2005, on a dig at Northborough, and went on to make a further eleven appearances, with his last in 2011 at Litlington, Cambridgeshire. He also appeared on the episode "East" of the 2009 BBC One programme Rivers with Griff Rhys Jones. In 2010 he presented the four-part BBC Four series The Flying Archaeologist. During 2014 he presented the episode "The Zeppelin Terror" for the BBC Four documentary World War One at Home. In the episode he followed the paths of the Zeppelin attacks over the East of England. Also, in 2014, Ben co-presented the ITV series Secrets from the Sky with historian Bettany Hughes. 2015 he co-presented the BBC One documentary The Last Journey of the Magna Carta King with Professor Stephen Church and in 2018 he joined presenter Alice Roberts in the six-part Channel 4 programme Britain's Most Historic Towns and again for the second series in 2019. In 2019 Ben fronted the BBC Four series Pubs, Ponds and Power: The Story of the Village, a six-part programme documenting the history of the English village in various regions. His new series for BBC Two will air in 2020.

We love to receive feedback from our customers. Their views help us to keep improving the ours we offer. If you have been on this tour and would like to submit a review, please log in to our client area here and fill in the short form. 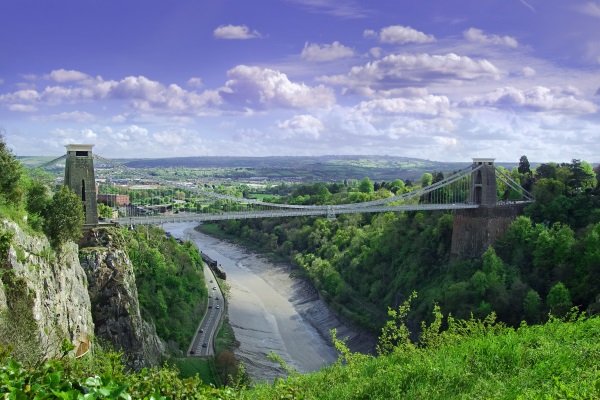 Bristol and the Brunel Legacy