Spies In The Sky 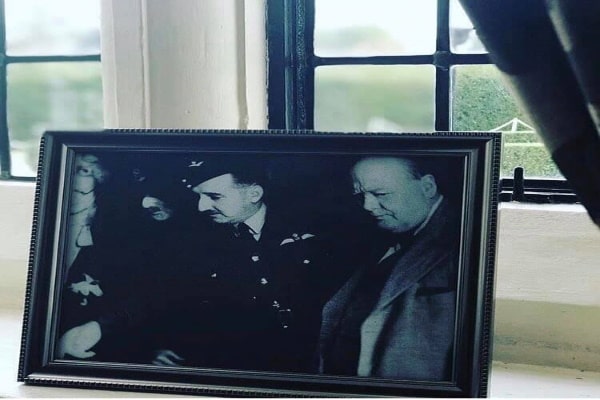 This brand-new tour is the perfect complement to our “Secret War” tour that has been one of our most popular for the past decade. It tells the thrilling, little-known story of the partner organisation to the famous code-breaking centre at Bletchley Park, whose daring reconnaissance pilots took aerial photographs over Occupied Europe during the most dangerous days of the Second World War, and its photo interpreters who invented a completely new science to analyse those pictures. Their story is told in the book “Spies in the Sky” by Taylor Downing who will accompany the tour throughout. As well as visiting the wartime headquarters at Danesfield House (now a luxury hotel) for a guided tour, Q&A and afternoon tea, we will also visit other World War II sights that help to put their pioneering efforts into context.

Day 1: Arrive independently at the Crowne Plaza, Ealing from 15.00.
This evening there will be a welcome reception, private dinner with wine and a talk from Taylor Downing, “Churchill and the Boffins.”

Day 2: Churchill War Bunker and RAF Museum Hendon.
Two of the London area’s best World War II museums are on the agenda today, as we head first to the Cabinet War Rooms in Whitehall, a warren of underground offices where Britain’s leaders met in relative safety to plot the Allied route to victory. They were featured in the 2017 Oscar-winning film, Darkest Hour, with Gary Oldman portraying Churchill and offer a fascinating glimpse into the chaotic and dramatic years of the war. After free time for lunch (not included) we will head to the northern suburbs of London to the wonderful RAF Museum Hendon that houses a vast collection of aircraft from the RAF’s long history, including many that saw action during the Second World War. We will return to the hotel early evening for a second talk from Taylor, “Spies in the Sky,” followed by a welcome drink and dinner with wine.

Day 3: Battle of Britain Bunker and Danesfield House with tour, Q&A and afternoon tea.
Our first visit of the day is to the fascinating Battle of Britain Bunker, an underground operations room at RAF Uxbridge, formerly used by No. 11 Group Fighter Command during the Second World War. Fighter aircraft operations were controlled from there throughout the War but most notably during the Battle of Britain and on D-Day. It is reached by a staircase of 76 steps (please note there is no lift), though the exhibition is on ground floor level. After free time for lunch (not included) we head to Danesfield House, the headquarters for the reconnaissance operation during the war, known as RAF Medmenham. Now a luxury hotel, the grand house was home to the interpreters whose efforts were so critical to the war effort. At its peak, the “Central Interpretation Unit” was analysing some 25,000 negatives daily, with a total staff of 1,700. Here, resident guide Peter Faarup will take you on a guided tour and the visit will end in the grand Versailles suite for afternoon tea and a farwell Q&A from Taylor. Time will also be allowed to explore the beautiful grounds and gardens. Return to the hotel for approximately 18.30.

NB: Exact order of itinerary may vary according to local conditions and tour managers discretion.

Car parking is available at the hotel costing £15 per night, payable directly to the hotel.

Land of The Prince Bishops