The 401st Anniversary of the Mayflower - 2020 marked the 400th anniversary of the sailing of the Pilgrim Fathers aboard the Mayflower and this new tour was designed and launched to coincide with this historic anniversary.  Regrettably, COVID19 meant that we could not operate the tour, so we have postponed it until 2021, the 401st anniversary of the sailing!  It remains a fascinating look at some of the eminent Americans, who shaped the future of the new country, but whose family histories reside in Northamptonshire. The highlight of the tour is a private tour of Sulgrave Manor, with private dinner in the barn, the ancestral home of the first president, George Washington and the tour will look at the religious and political landscape that set the tone for the establishment of the USA.

Day 1: Arrive independently from 15.00 at the Northampton Marriott.
This evening there will be a welcome reception, private dinner with wine and a talk, ‘The American Connection' from Mike Ingram.

Day 2: Lamport Hall, St Giles Church and Sulgrave Manor with dinner.
Our investigation into the American connection with this distinctly English part of the country, starts with Lamport Hall, home to the Isham family, from whom both Thomas Jefferson and Robert E Lee both descend. The 12th earl, Sir Gyles Isham, pursued an acting career in Holywood in the 1930s. We then visit St Giles Church in Northampton, where Robert Browne is buried. He was the first separatist and all but two of the Pilgrim Fathers were followers of Browne's teachings. He is considered the father of the Congregational body in the English-speaking world, and "The Father of the Pilgrims" and Grandfather of the Nation. We then return to the hotel for time to freshen up before heading to Sulgrave Manor. Here, we will enjoy a private tour of the atmospheric manor house, which was the home of George Washington's English ancestors and a place of pilgrimage for many Americans. After the tour we will enjoy a welcome reception with prosecco and canapes in the garden (weather permitting) followed by dinner with wine in the Barn.

Day 3: Ecton Chruch, Kelmarsh Hall, St Mary's Fawsley and tea at Fawsley Hall.
A packed day in prospect as we head first to the village of Ecton and its church. Ecton was home to Benjamin Franklin's ancestors for over 300 years, many of them blacksmiths on the site where the Three Horseshoes pub now stands, and many buried in the churchyard with a plaque dedicated to Benjamin Franklin inside. Then to Kelmarsh Hall, built in the 1730s for the Hanbury family but redesigned by early 20th century society decorator, the American Nancy Lancaster, whose spirit pervades the house today. Finally, to St Mary's church at Fawsley and the Fawsley Hall Hotel, home to some of the earliest known Puritans in Northamptonshire and so the start of the story. A farewell afternoon tea will be served before returning to our hotel for approximately 17.30.

Modern four-star hotel just off the M1, so easy to reach from all directions. We have been sending our guests here for a decade or more to general acclaim. Facilities include a restaurant, bar and indoor pool/leisure centre. 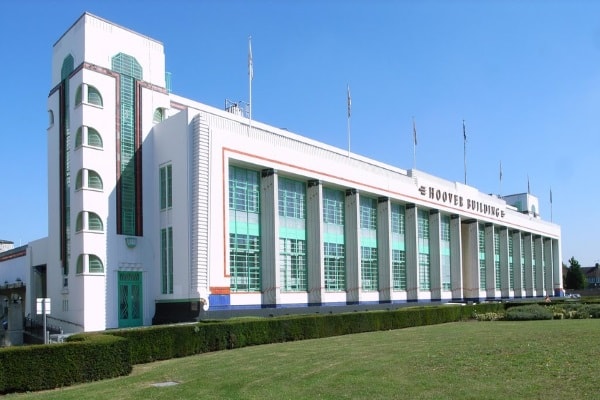 Arts And Crafts In Sussex