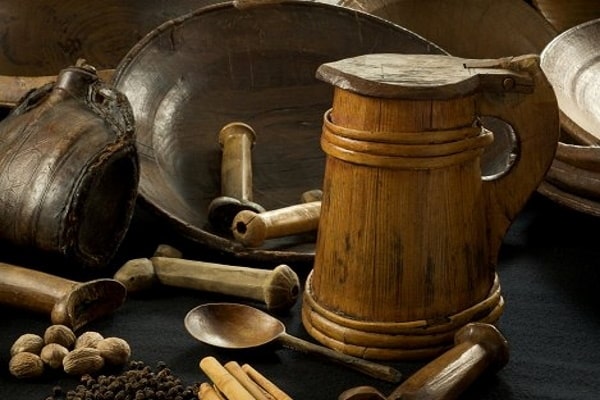 On his ascent to the throne in 1509, and faced with ever-present threats from France and Scotland, Henry VIII begun to build up his navy. Mary Rose was to become the pride of Henry's fleet, but after 34 years of service in 1545, she sank in the Solent whilst leading to attack on a French invasion fleet. Here she lay undisturbed until her rediscovery in 1971 and then excavation and salvage in 1982, a milestone in the field of maritime archaeology which uncovered a wonderfully preserved Tudor time capsule. On May 31st 2013 the brand new Mary Rose Museum opened in Portsmouth Historic Dockyard.

Day 1: Arrive independently at the Marriott Portsmouth Hotel from 15.00. This evening there will be a welcome reception and private dinner with wine followed by a talk by Christopher Dobbs, Former Head of Interpretation for the Mary Rose Trust, 'Diving on the Mary Rose'. On October 11 1982, the Mary Rose was finally raised to the surface after 17 years of search, survey and excavation. Christopher Dobbs, a maritime archaeologist and professional diver was on the team that worked on the excavation and salvage of this historic ship between 1979 and 1982. Christopher's lecture will illustrate what it was like to find objects inside the wreck during the excavations and to be one of the divers under the water as the ship was raised from the seabed.

Day 2: Fort Nelson, Spinnaker Tower, Southsea Castle and private viewing of the Mary Rose Museum.
A full day will take us to Fort Nelson, home to the Royal Armouries national collection of artillery - the Big Guns. Positioned atop Portsdown Hill with panoramic views across the Meon Valley and Portsmouth Harbour we will be able to view the development of artillery from pre-gunpowder siege machines to modern-day super guns. Next, we go up the Spinnaker Tower to gain a magnificent view across to the Isle of Wight and see the layout for the Battle of the Solent during which the Mary Rose capsized and sank in 1545. We will have a short tour of old Portsmouth, viewing the sites that remain from the Tudor period and stop at Southsea Castle, one of Henry VIII's forts built to defend the south coast of England in 1544. It was from here that Henry witnessed the sinking of his flagship Mary Rose in the Battle of the Solent in 1545. Return to the hotel with time to freshen up before a late afternoon high tea with a glass of prosecco in the hotel before travelling to the Dockyards for the highlight of the weekend, a private viewing of the newly updated Mary Rose Museum. On arrival at the museum, you will enjoy a drinks reception and another talk by Christopher Dobbs who will give unique insights into the formation of the exhibition and why the objects uncovered are so special. After this you will have a private viewing of thousands of the objects raised during the excavations, many of which were not on display in the old museum, ranging from bronze guns bearing Henry VIII's ciphers and crowns to whole sets of pewter, and even a plain wooden shovel, one of many objects found by Mr Dobbs himself.

Day 3: Full day at Portsmouth Historic Dockyard.
We will spend today exploring the museums and ships of Portsmouth Historic Dockyard. The historic dockyard plays host to Admiral Lord Nelson's HMS Victory and the Trafalgar Experience, the Victorian iron-clad HMS Warrior, the National Museum of the Royal Navy, and HMS M33 a gunboat that fought in the Gallipoli campaign of 1915-16. There is also the opportunity to get out on the water and enjoy a harbour tour with live commentary from the skipper detailing the ships in dock and important landmarks. Return to the hotel for approximately 17.30.

NB: Exact order of excursions may vary according to local conditions and tour manager's discretion

Please note: The Ministry of Defence carries out occasional security checks at the Historic Dockyard, so please bring a piece if photo ID on this tour or it is possible that you may not be allowed access.

Marriott Portsmouth
The four-star Marriott Portsmouth is located near to Port Solent Marina and a short drive away from the historic dockyards and Spinnaker Tower. Facilities at the hotel include a restaurant, bar and lounge, fitness centre, indoor swimming pool and comfortable bedrooms with private en-suite bathroom, TV, telephone, air-conditioning, minibar, hairdryer and tea/coffee making facilities.

Complimentary car parking is available at the hotel.

Please note your ticket to Portsmouth Historic Dockyard is only valid for a one day visit.

The Battle Of Waterloo

Operation Overlord - The Story of The D-Day Landings